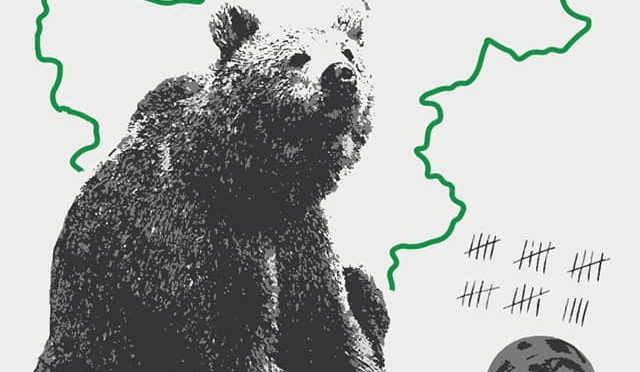 Between 1999 and 2002 the Autonomous Province of Trento (Italy) carried out the Life Ursus Project, financed by the EU, with the aim of repopulating the area with brown bears, practically extinct at that time in the Alps. It was soon realised that the presence of the Yogi bear was not compatible with a consumerist, invasive and anthropocentric model of tourism. And here is the result 20 years later: 34 bears have disappeared, killed or imprisoned. Among them are M49, M57 and DJ3, who are currently being held prisoners in the Casteller wildlife centre.

At the end of September of last year, the CITES report came out, describing the psycho-physical conditions of the three plantigrades as «unacceptable». And if they are «unacceptable» even to the institutional monitoring bodies, it means that the situation is really serious. That is why, after five months in which the CITES report has been ignored, we decided to enter the Casteller and show ourselves how terrible the bears’ conditions are.

The political class governing the Trentino region has repeatedly demonstrated the limits and hypocrisy of an anthropocentric vision of coexistence with other animals. Obviously, things neither changed nor improved since the new far-right council took office: we recognise in their actions the same repressive policies perpetrated against all those migrant bodies that cross borders and express a desire for self-determination. We have seen the same repressive logic many times at work in the most diverse contexts of resistance. Always in solidarity with the struggle of those who violate borders to regain their freedom, we unhesitatingly take sides with the bears!

We started this journey on 18 October 2020 and we are determined to continue. Let’s give back to the bears the forests and mountains where they were born free. 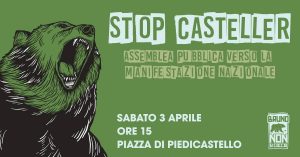 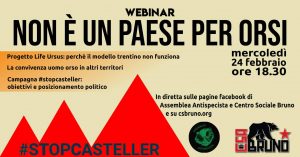 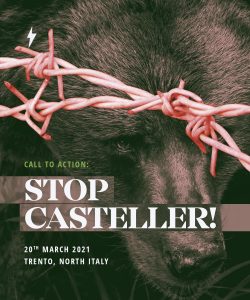